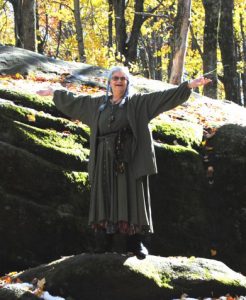 To this day, I am not sure just how I ended up being a Druid. My mother raised me Catholic in the beginning, and at the ripe old age of fourteen I defected to a Fundamental Bible church with my two older brothers (one of those brothers became the Pastor of the Berean Bible Church of Erie!) It was there that I spent the next twenty plus years.

I have always been “weird”, though.  Mom had me on meds by the time I was seven years old because my “imaginary friends” were too real for her.  She was particularly unhappy about the Dragon that showed up at age thirteen! She often told me, “Don’t talk about things like that…. people will think you’re crazy” or demon-possessed. Over the years I have reached the point that I no longer suffer from insanity, I now fully enjoy every minute of it. I also manage to entertain a lot of people with my uniqueness, so I think I will stick with what works.

I was going along quite nicely on my path when the path of Druidry placed itself under my feet. I was coming down from the mountain in Kinzua one morning while camping with family when my nephew (who had been playing D&D since he was a kid) said, “Hey look! My aunt’s a Druid!” I figured if anyone knew what a Druid was, it would be him. After doing some brief studies into what Druids were and what they did, I realized that perhaps I had been a Druid all my life.

I spent a lot of my childhood in the woods around Warren, PA with my dad at his hunting camp and I had ALWAYS done things like leaving a portion of my food on a rock somewhere for the critters and pouring part of my drink on the ground, simply because it felt like the thing to do.  I charmed the forest creatures, talked the to plants and rocks… you know, all those crazy things mom told me not to talk about!

Following my nephew’s proclamation, I started calling myself “The Genetic Druid.” I figured I didn’t do it on purpose, it was my father’s fault. He was Irish!” Since then I have collected a number of nicknames, such as Auntie Druid, Druid Mama, Gramma Spider, Dragon Wrangler, and probably a few no one has said to my face yet.

After some years of stumbling about in the Erie Pagan Community, I fell into Whispering Lake Grove’s camp, and here we are! After twenty years of living in the “hoods of the lower east side of Erie” I am happily anticipating moving into a small cabin in the country in the Summer of 2017. As a kid, all I wanted to do was live down at the camp. It may have taken fifty plus years, but it would seem I am finally getting my wish. The best part… I get to live close to all my best and favorite people.

It is said that when you find a group of weirdoes that encourage your weirdness, that’s your tribe. Whispering Lake Grove is mine. 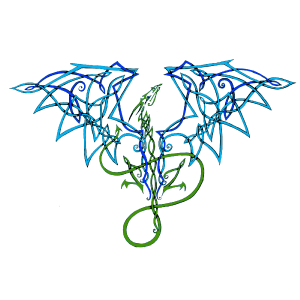